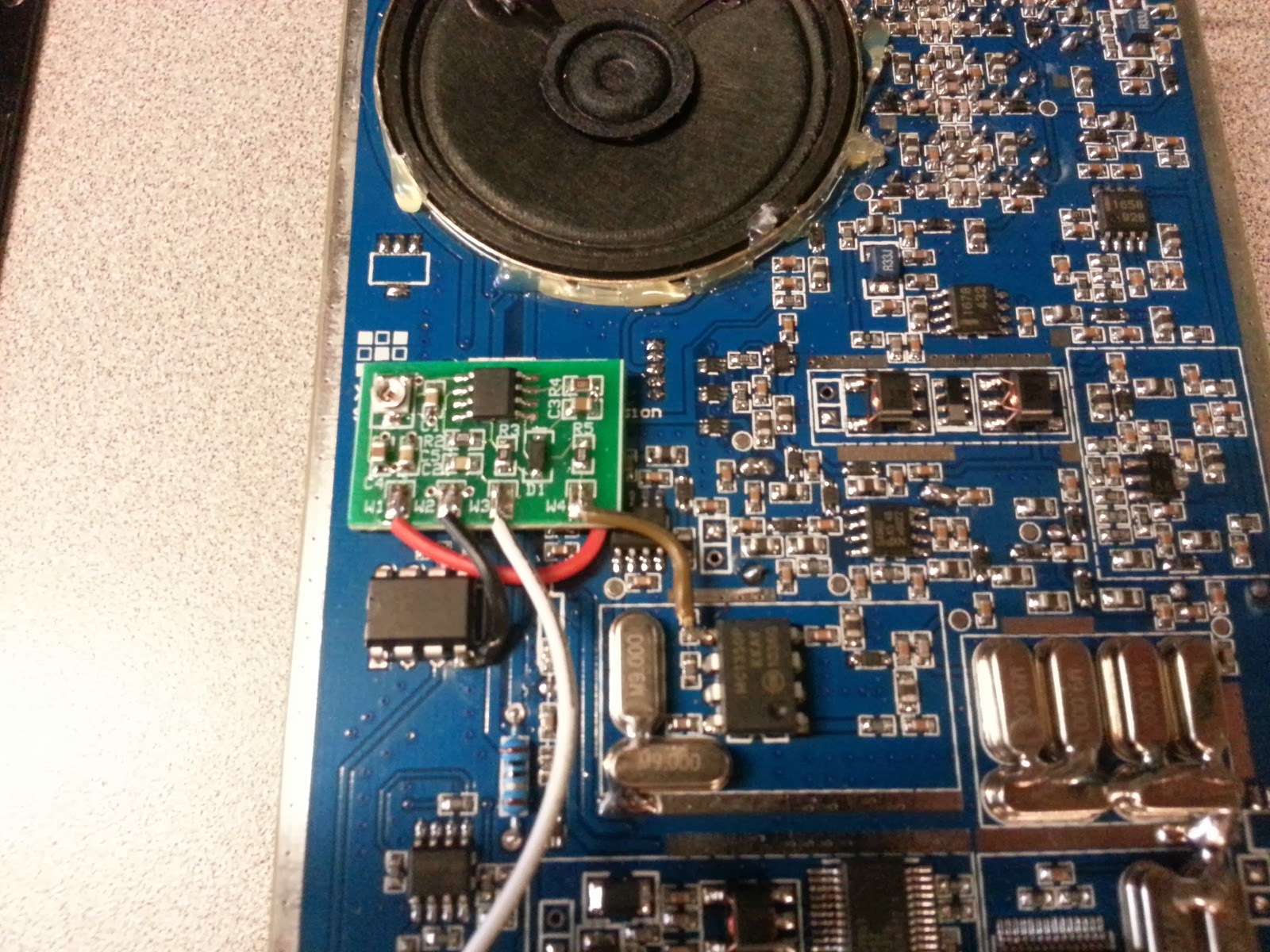 Anyone thinking of purchasing an X1M QRP radio needs to join the YahooGroup. This is by far the most active YahooGroup / email reflector that I've ever been a member of.

Dale Parfitt , W4OP was an early adopter of the X1M radio and took it upon himself to remedy the radios lack of automatic gain control.  For the newbies, that is the radio feature that tries to balance the volume levels of different signals. In Amateur radio imagine two guys talking on the same frequency. One is operating at 100 watts and the other at 1000 watts. Your roughly in the middle and listening to both. This experience is like standing between two people talking to each other, one is whispering, and the other is yelling.

From Wikipedia...Automatic gain control (AGC) is a technique found in many electronic devices. The average or peak output signal level is used to adjust the gain to a suitable level, enabling the circuit to work satisfactorily with a greater range of input signal levels. For example, without AGC the sound emitted from an AM radio receiver would vary to an extreme extent from a weak to a strong signal; the AGC effectively reduces the volume if the signal is strong and raises it when it is weaker.

The AGC SMD kit for the X1M was originally created by Dale and was designed to be extremely small and fit inside of the X1M , Dale designed and sold the kit in it's first iteration, and then moved onto working on a crystal CW filter KIT, also intended to be an internal board upgrade for the X1M.

Charlie , W5COV then picked up the reigns of the AGC kit and starting in Dec of 2013 was taking orders for it online. For this $12 little kit he used the same boards and parts as what Dale included in his kit. You can check it out in the Photos and Files section of the YahooGroup for more information.

I personally ordered the AGC kit before my X1M had even landed on my door step. Conversations on the YahooGroup gave me enough of a warning that is was a 'must have' mod if you could do it.

Earlier this week a tiny little package arrived in the mail, at first I wasn't sure what it was. When I opened it up, I was a little surprised at the size. A tiny circuit board the size of a nickel, and some small components. At closer inspection most of these parts were the size of a sesame seed, they had some plastic packaging around them since they were cut right off a reel of SMD parts.

I work for an electronics manufacturer, we have our own SMT line so I'm familiar with the tiny parts that the pick and place robots pull off the reels and place on the boards. In our line we move the circuit boards through in this order. 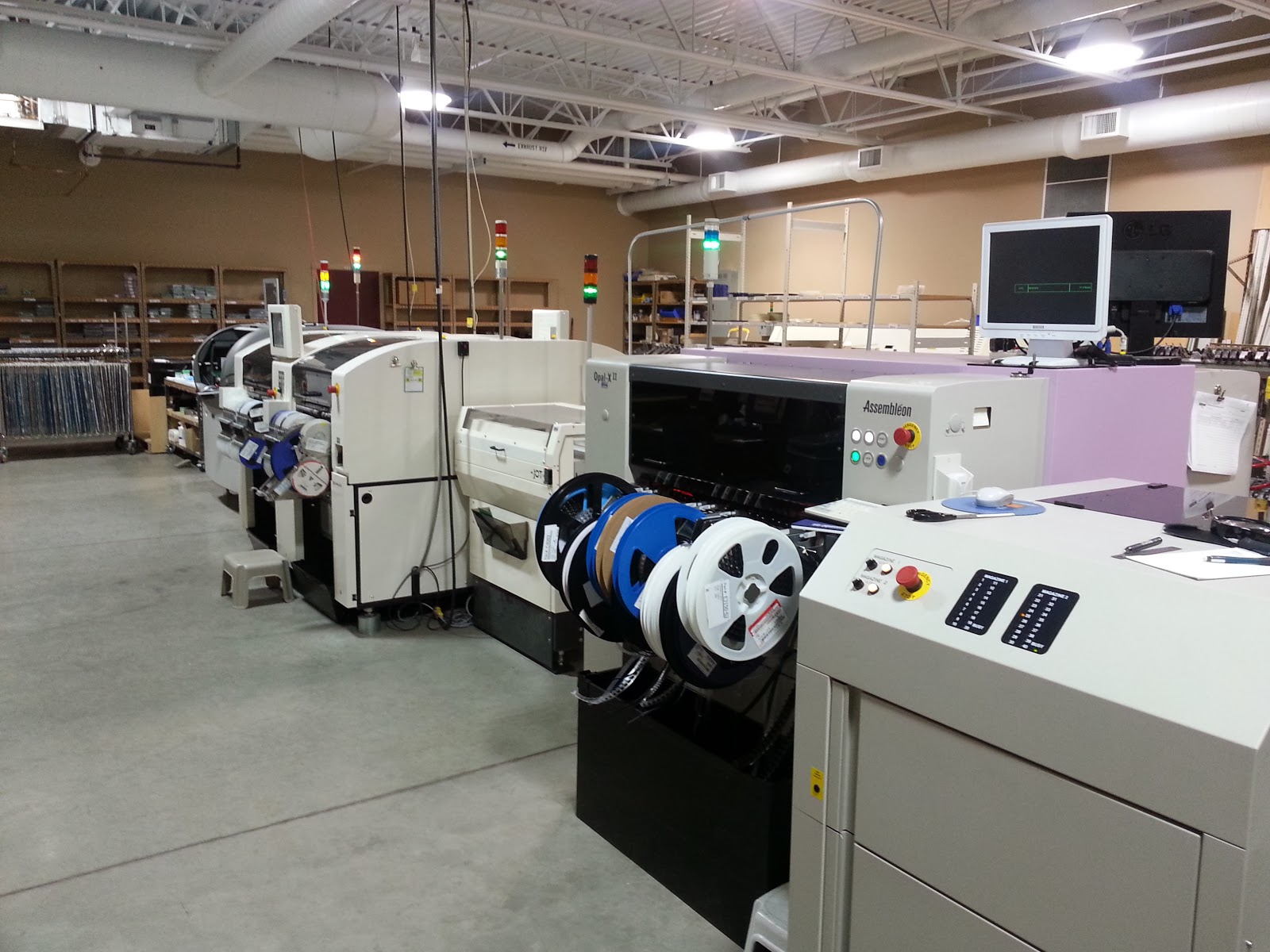 So why all that level of detail?


So when I opened the kit and saw the parts I must admit I panicked a little. I built my first thru hole electronics kit only one month ago and I thought that was a size of part at the edge of my eyesight and dexterity.

So for this kit I cheated.  I know my soldering skills are C+ or B at their best. But when you work for an electronics manufacturer and your best friend works on the hardware side of R&D, you can cheat and take it to Dave.

So after hours I gave it to Dave and in less than 15 minutes he scanned the diagram, put it under his microscope and soldered it all together, I was reading the instructions and skipping ahead just to keep up with him.

His comment when it was all done "I wish we still used these sized parts in our SMT line, they're so big and easy to work on".


So knowing that the rights tools make a big deal I brought the X1M into work and over the lunch hour snuck into the lab and installed it. I was feeling a bit guilty for using Dave and I figured with the right tools I should be able to complete the job myself. Four precise solders later I was done.

Now I sitting back at home in the shack, tuning around on 80m and WOW what a difference, all the audio so far has been very balanced, a very nice improvement!

Thanks to Dale W4OP for the great design,
and Charlie W5COV for keeping the kit alive.

Thanks to Ron VA7VW for providing this information for me and the other NORAC club members as we prepare our bulk order of some RTL-SDR's.

Ron is a 'VHF and Up' enthusiast so his expertise is appreciated.

So let's look at some common Amateur Radio RF connectors

MCX to SMA is also a very common pigtail/adapter combination on these dongles with very acceptable low loss.

So with lots of cool activities on the full range of the RTL-SDR we need connectors and cables with suitable low loss characteristics.

So with that in mind I suggest that we increase the variety of pigtail cables that we supply to NORAC members with the RTL-SDR.


As mentioned in the original quote we still provide the MCX to BNC pigtail with the BNC to UHF adapter (picture at top of this post).

But we should all ALSO consider some or all of the following.

And since a couple of the NORAC members have already expressed interest in an Upconverter, you will absolutely require the pigtail below to connect the RTL-SDR to the NooElec Upconverter board.

The QRP Diaries #3 - The Unboxing and First Impressions

This is a fun little radio and I can see so many possibilities.

When it first arrived I resisted the temptation to rip open the box and decided to film a quick unboxing. I know when I buy something online these days I appreciate and and all videos that exist about the product. for people like me they are helpful.


Over the last year + certain models of Digital TV (DVB-T) tuners in the form of a USB dongle have been gaining popularity with hobbyists when it was discovered that this tiny USB stick could be used as a Software Defined Radio receiver with a fairly wide range of frequency and use.

The RTL2382U Chip, this is the ADC and USB data pump. It is then mated with different models
of tuner chips.

The current model is the RTL2832U/R820T, it has just replaced the E4000 which is still available online as well. The RTL2832U/R820T is comparable in performance, wider in receiving range, and less expensive overall.

Lots of choices are available.
http://blog.kf7lze.net/2012/09/14/round-up-of-rtlsdr-upconverter-choices/

Most of the USB SDR sticks/dongles include a cheap antenna and use a small MCX antenna jack so adapters are required to connect a better antenna of your choice. With a better external antenna (for example a Discone) the RTL2832U / R820T can be very impressive as a receiver. The basic antenna that it ships with can still be useful for travel or use in cities or areas where signals are already strong.

Once you've ordered and received your RTL2832U/R820T you need to get up and running. I'm going to summarize the steps for a Windows PC or Laptop. Of course there is also software for OSX and Linux, as well as a driver and app for Android.


There is a great YouTube video from Clayton Smith (VE3IRR). His video he picks up where my directions end. He walks you thru a lot of the settings in SDR# showing you how they work and also showing example frequencies all over the range of the RTL-SDR so you can get a feel for things in a relatively short period of time. His video is about 17 minutes long.

Getting started with SDR# and an RTL SDR Tuner

Included in the package:
Available options: 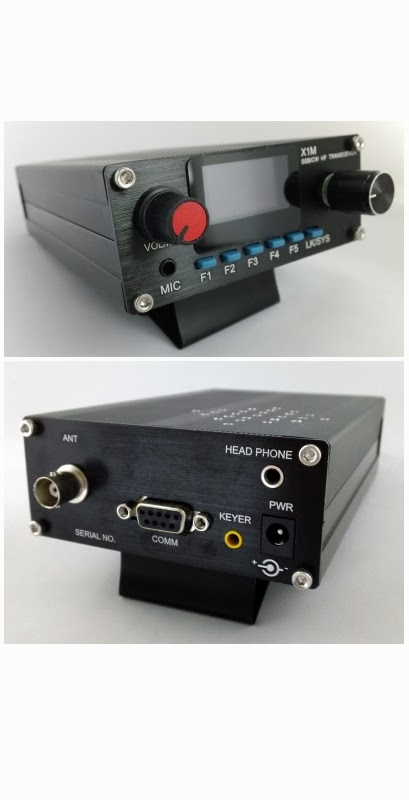 The QRP Diaries #1 - Picking A Radio

I wish I could remember the trigger, the tiny thought that got me started down the road of buying a  QRP radio. If I think back to last year it might have been the release of the Elecraft KX3.

The KX3 got a lot of press and was featured in every magazine. It is new and cool, it is small and feature rich. Elecraft is a great brand name. My only problems with the KX3 was the cost. By the time I filled the shopping cart with the radio and the essential accessories it was well over $1000 US and that's a level of investment that requires justifications and approvals within my household. My wife the 'Budget Master' would not be happy. I can't tell you how many time over the last 12 months I surfed to the Elecraft site and filled up the shopping cart and then eventually walked away without clicking the final Confirm Order button. and not becasue I didn't really really want too.

My next inspiration came 4-5 months ago when a local ham posted a Swap & Shop ad for a used MFG 9420 QRP radio. My first thought was maybe the 'Rolls Royce' KX3 was overshooting the mark and I should be looking at Honda's or Ford's instead?  I've only been a licensed Ham since early 2012 so maybe I should broaden my knowledge and do some more research.

That's when I started a more extensive search for QRP radios of all makes, models, and types. I fairly quickly narrowed down to the feature set that would be most practical for me.
Well in QRP there is a lot of variety; from total kits, to assemble yourself, to ready built radios. There were single band radios and radios just for CW. When I applied my entire shopping list not a lot rose to top.

The Yaesu FT817 seems to be the main horse in the race. Priced at $750 CAD it's still pretty pricey for my budget but it covers the wish list very well. Nice 3rd party accessories also exist like autotuners, etc.

Somewhere along the way I stumbled onto blogs and webpages talking about the X1M from China. This was originally a kit radio and had an extremely active community of owners and builders. The price was half that of the FT-817 at $349 USD and the word on the web was a next generation (v3) model was due for release soon and it would be ready built and contain a shopping list of improvements over the original two versions. The new model was going to be called the X1M Platinum and it was due for import into North America in Nov/Dec 2013.


I started reading owners blogs and posts, and I joined the X1M owners Yahoo Group. I found the Yahoo Group to be incredibly active, with upwards of 30 posts and replies every single day. There were Elmers helping new owners, Engineers designing and sharing upgrades and modifications, and almost every conceivable Question and Answer that you could think of.

Eventually I settled on the X1M based on it's price, features, and the overall excitement from the community. I figure if your gonna stick your toe into the waters of QRP, you might as well know that others are already in the pool.

The timing was great since Christmas was just around the corner and with any luck I might be able to leverage some holiday gift money into a new purchase. I got so excited that this was gonna happen, I ordered the radio on the credit card 2-3 days before Christmas and crossed my fingers...