Spartacus - An End to the Beginning 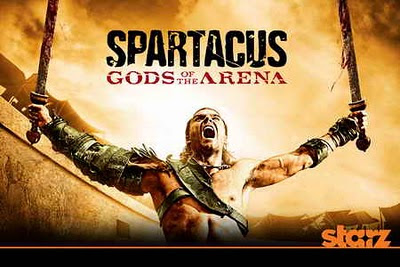 Fans of the first season of Spartacus on the Starz network know that they couldn't continue filming the second season as the star was ill and getting treatment for cancer. Due to the instant success though of the first season they wanted to do something to keep the interest going and profit from their new found fame.

I was pleased when they announced they would create a prequel season. A season full of new episodes set in the months or years prior to the arrival of Spartacus. This idea was really creative, they could proceed without the star who was ill, and they could use all the other primary actors (many of whom who's characters died throughout the first season) all over again.

Well Spartacus - Gods of the Arena, has just ended it's six episode run Friday night and I am pleased. Pleased with the stories, the acting, the new characters, the visual effects, everything except one... the amount of episodes.

What is with the six episode series? If you hooked a computer to the brains of the viewing audience I'm sure you would discover that six episodes leaves us all with a small amount of satisfaction, but a larger amount of regret. Simply put, I want more!

The Walking Dead did the same thing, just as I was really settling into the story and the character development you end it. Bang... door closed and some press release stating that the next new episodes will air sometime in 12-18 months!

I watch a lot of TV from the UK and short run series of 6-8 episodes are more common there, but they come back much sooner as well, you don't have to wait over a year for your show to come back on the air, maybe it's only a break of 3-6 months and another series is back with another six-pack of episodes.

Anyhow, if this is all I can complain about I guess they did a great job once again.

The Great Drobo Update of 2011 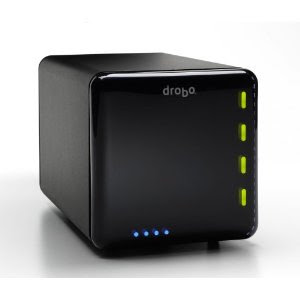 Drobo (an abbreviation of Data Robot) is a family of DAS, SAN, and NAS appliances made by Data Robotics. Drobo devices can house up to four, five or eight 3.5" Serial ATA hard disk drives and connect with a computer or network via USB 2.0, FireWire 800, eSATA, or Gigabit Ethernet. Drobo devices are primarily designed to allow installation and removal of hard disk drives without requiring manual data migration, and also for increasing storage capacity of the unit without downtime. (description thanks to Wikipedia)

If you follow me on Twitter (@aaren) you will probably know from the last week that I have been upgrading my 1st generation 4-drive Drobo from four 1TB drives to four 2TB drives. The wonderful thing about Drobo is that you can do this without loosing any data already on the device and you also retain full access to the device during the upgrade. This means you can access or stream your files on the Drobo, while the Drobo is updating itself.

About six days ago I ejected the first of the 1TB drives and replaced it with a new 2TB drive. The Drobo went into upgrade mode and the amber and green lights flashed for 48 hours.

Swapping in the second new 2TB drive launched another upgrade mode of flashing lights that lasted about 40 more hours.

Snapping in the third and the fourth new 2TB drives each started an upgrade mode and flashing lights event that lasted about 6 hours for each.

Sometime last night the drives completed the upgrade and the Drobo prompted me to create a new partition with the new space. I completed this step and now I have three drive letters (X, Y, and Z) and each one contains up to 2TB of space. I'm not sure of I want three separate partitions on the Drobo so I'm deciding right now, while drinking coffee and writing this post, if I should backup the data on the Drobo and start fresh with a single big approx 6TB partition?