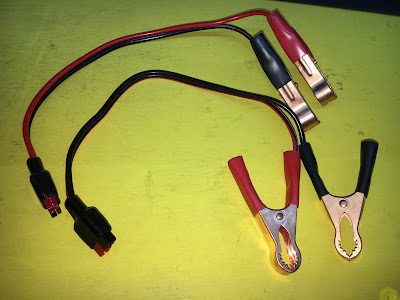 When shopping online you never get to see the quality of what you're buying. To my pleasant surprise a recent online purchase just arrived. It was a pair of 12v power cables that have battery clamps on one end, and Anderson Power Pole connectors on the other end. All my amateur radio 12v equipment is fitted with Anderson connectors so having some adapter cables like this is very handy to add to my collection.

Yesterday was my 50th birthday.

Wanting to stretch the funds as far as possible I arranged to pickup a gently used Yaesu FTM-400DR, if you're not familiar this is the premier System Fusion C4FM model of mobile digital radio from Yaesu.

The prior owner had not gotten a lot of use from this radio as he feel in love with another radio in his collection. With my strong interest in C4FM radios over the last few years this FTM-400DR was at the top of my wish list.

It came with all the original packaging and most of the items in the box were still in their sealed bags. He had just removed the core components and set them up in his shack. 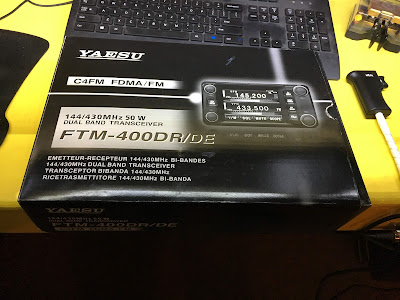 After getting home the first item on my to-do list was the power cable.

I have some standard prep that I perform on any stock power cord.


My OCD satisfied... now I can move onto the next steps :) 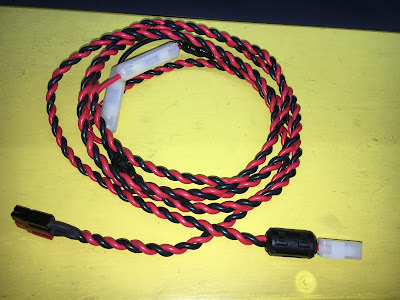 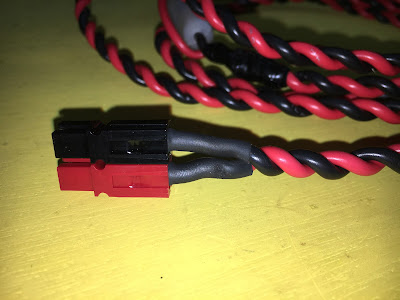 While only a couple years old, this radio still had the original firmware for the mainboard and the DSP. Yaesu released a major update to both in late 2017 when the second generation System Fusion features were released like DG-ID (Digital Group Identification) and DP-ID (Digital Personal Identification).

For the mainboard update I had to remove the top cover, flip a hardware switch inside, connect it up to the PC and flash the new firmware. 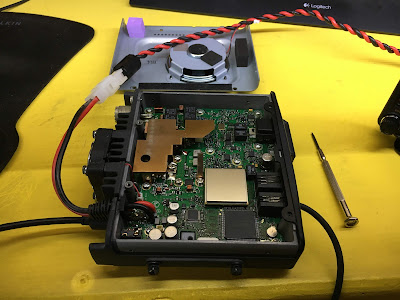 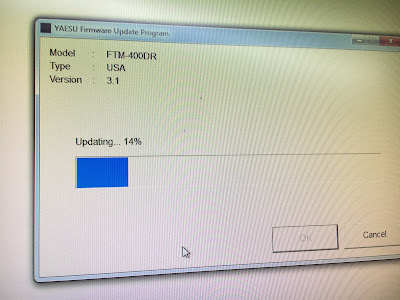 For the second update to the DSP firmware I had to flip the internal switch back to the operational position, reassemble the radio, and power up in DSP r/w mode. Then with different software I pushed that firmware into the radio. 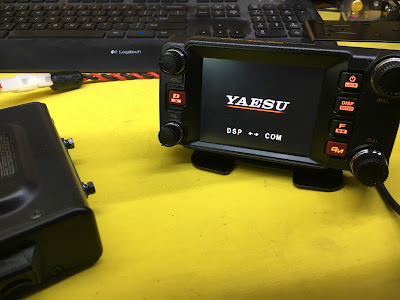 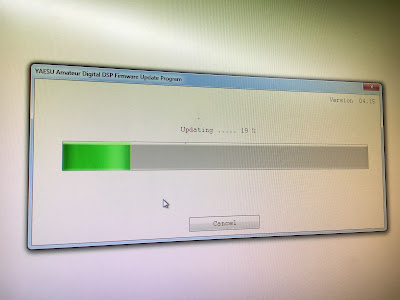 Mounting was easy in my shack as I was replacing another mobile rig and only needed to change the mount brackets under the shelf like the other mobiles.

You can see in the image below all of the following details on the headless radio from left to right. 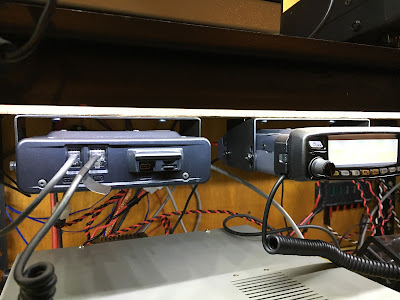 And with all that... the job is done!

The head unit now sitting on my dusty desk (ugg sorry I didn't clean up BEFORE taking the pictures. 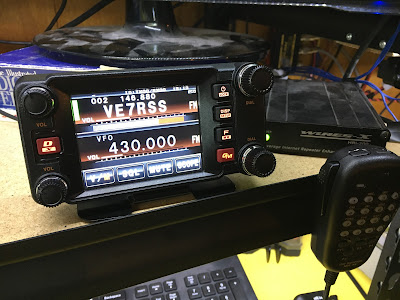