My Elecraft KX3 is built and ready.

I wasn't feeling well this week so I did the work over a few evenings, which was easy to do when you assemble the kit one half at a time. Total it was probably a little over 2 hours from start to finish building it and I would guess I also spent about that much time reading the two manuals (assembly and operations). So all told about 4 hours work between Tuesday and Friday. 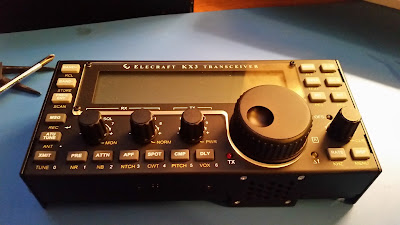 I hope if I'm feeling better this weekend I'll get a chance to play with it for a few hours and test out the aftermarket heat sink while doing some digital mode QSO's. 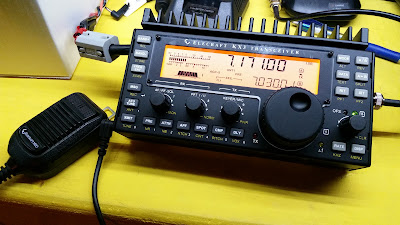 So far my first impressions are that it's smaller than I expected but has more features, both of which make me very happy.

There are a few more official accessories that I would like to add, but I'll need to save some money or put a few of them on my Christmas list for Santa. 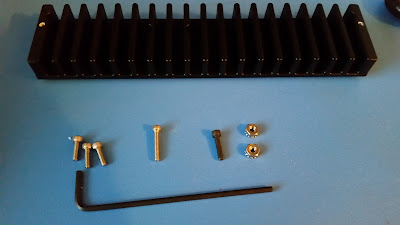 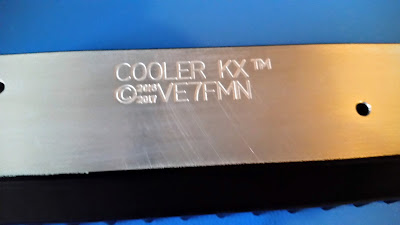 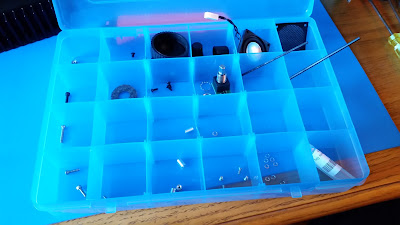 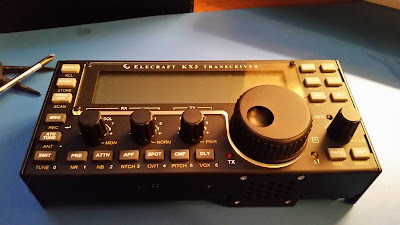 I have started on the back half of the radio and will resume maybe tonight or tomorrow.
on September 29, 2016 No comments:

You've got to protect your Elecraft KX3 investment, especially if you plan to take it outdoors and camping. When I ordered my KX3 a few weeks ago I spent a lot of time doing research on 3rd party options to protect my new radio. 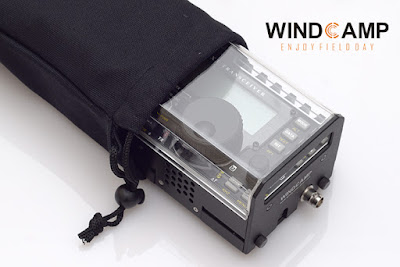 I also ordered a Cooler KX Plus from Fred VE7FMN at Simply Manufacturing. I think his heat sinks are a cut above the rest and I enjoy supporting a business here in my own province. 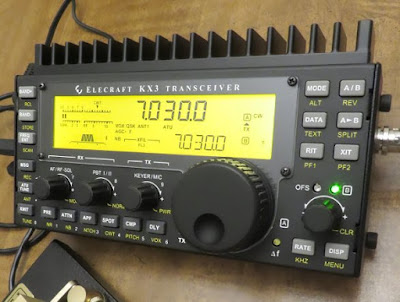 They're Made Out of Meat

That Radio From My Bucket List - The Elecraft KX3

I've got a thing for Elecraft... I might as well admit I'm a bit of a fan boy. I've always wanted one and my interest increased when they released the KX3 a few years ago. It was small but rugged, loaded with state of the art features, and I really really wanted one.

This spring Elecraft released the even more compact KX2, but it wasn't just the size that attracted me to the KX3 it was the features, and while the KX2 is smaller and less expensive it just didn't have all the features that I wanted like the KX3.


About a month ago I started to clean house in the Ham Shack and I was able to sell some extra and duplicate items through Radio Amateur Swap Canada. An older HF radio, a couple tuners, a mobile VHF radio, and a few other odds and ends. I even cleaned up some older PC's under my work bench and sold those as well. Before long the money was adding up and I realized I was getting close to a goal, I finally had made enough to order a KX3.

One of the great things about Elecraft is that they still build radios in kit form. Their kits are really just assembly kits since all the circuit boards and soldering work is already done. But you can save a hundred dollars or more buying their kit versions and doing that final assembly yourself. It also gives you a better understanding of the radios parts and pieces if you ever want to perform some upgrades down the line. And trust me, I will perform some future upgrades as I can afford them. Most notably the Auto Tuner upgrade, the Dual-Band Roofing Filter, and maybe even the 2m Module to add VHF support as well.

Right now I get to play the waiting game while my kit is shipped from California. Fingers crossed it gets here safe, secure, and fast (hi hi). Until then I have the manuals to read. 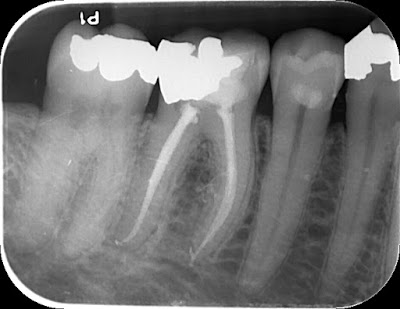 After more than two weeks and 4 trips to the dentist chair I think we're done (crossed fingers).

Another 'new' experience that I'm not eager to repeat the dreaded Root Canal.

Thanks to my Dentist Dr. Dale (VE7OWE, what a great callsign for a dentist!) and Dr Leung the Endodontist.
on September 06, 2016 No comments: