Spent some time in the shack this weekend moving cabling around and inserting the new LDG auto tuner in the previous blog post.

Whenever I make changes like this I like to test everything on the antenna analyzer to make sure the SWR doesn't change and also refresh my memory on which HF antenna provides the best SWR on each band.

As part of the process, this new chart was made and will be printed and placed at eye-level from my main operating position.

Key information presented in the chart;

Happy to confirm that with just 2 HF antennas there are 8 HF bands that I can operate on with an SWR of 2:1 or lower. And I can push that up to 10 bands with the help of the tuner.
on January 10, 2021 No comments: 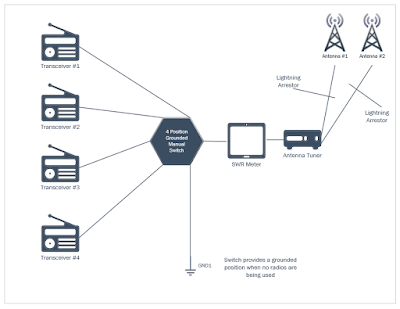 With a new year comes a new purchase and a re-wire of the shack.

The new purchase is an LDG AT-200ProII antenna tuner. Some nice features of this unit include two antenna inputs and a 200-watt max power handling with SSB and CW signals on most bands. Another great feature is the versatility of this model line from LDG allowing them to work with almost any transceiver instead of some of their other models that are designed to pair with a specific model of transceiver (for example my Yaesu FT-847 transceiver and it's matching LDG YT-847 auto tuner).

The new wiring layout suits my operating style, one operator using one radio at a time. It will allow me to have up to 4 of my HF transceivers wired into a grounded antenna switch. I can select one radio at a time to operate on. Typically the other radios are turned off when not in use.

After deciding the radio to operate with, and switching to that radio on the switch, my signal will pass onto a nice large display HF SWR Meter (Daiwa - CN-801HP) before passing into the new auto tuner (LDG AT-200ProII). In the tuner, I can select either one of my HF antennas (dipole or beam) to transmit & receive on. Each antenna has a high-quality lightning arrestor installed and proper grounding of all the equipment and antennas (safety ground, lightning ground, & rf ground).

I know this isn't rocket science and I'm not inventing something new here. For my solo operating style this is just a new versatile configuration that supports all of the following; 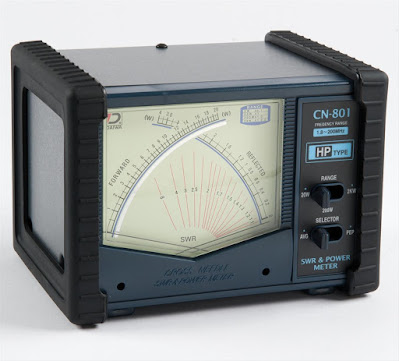 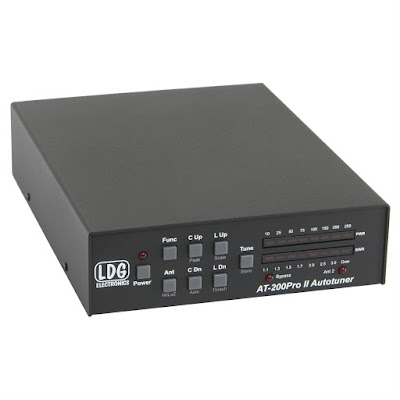