Last night VE7XNY (Tracy) and myself spent the evening playing around with Wires-X for the first time. We were each based at our own QTH and we setup Wires-X nodes in analog mode.

To build a Wires-X node each of us needed the following.
Once you purchase and receive your Wires-X nothing can be done prior to the registration of your modem online which can take 24-48 hours on a weekday, longer over a weekend. In my case it took almost 2 weeks :(

Apparently my 'new' Wires-X from a respected online dealer had already been registered to another person and it took two weeks of emailing back and forth before the old registration was removed from Yaseu's system and my new registration was completed.

Establishing the connection between the HRI-200 and a computer is quick and simple, requiring only a single USB cable and a software download. Installing the software and driver BEFORE plugging the Wires-X into your PC is required. Connection from the Wires-X to the node radio is simple with a provided DIN cable. Always use the Radio 1 port for a single radio node, I've read that the Radio 1 port is also the only one that supports an analog radio.

Opening ports in my home router was not as simple as advertised. My brand new router did not support the Wires-X software's ability to automatically create port forwarding rules using UPNP. I tried 2 other routers that had with similar results. So instead I went to work creating manual port forwarding rules and assigning the PC a static IP. This also did not work?

Finally I just had to put that PC into a DMZ on the router for things to work. This is not my preferred option since only a single DMZ is allowed in your router and I like to keep that free in case other issues with devices arise later.  [UPDATE] I was finally able to set a range or ports into a single new rule and that worked only after committing the changes and rebooting the router. I've never had to reboot this router after adding/changing port forwarding rules, but in this case I did. 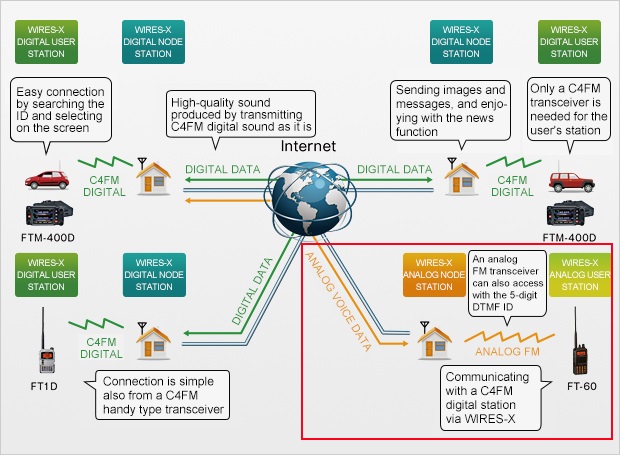 As you can from the diagram Wires-X bridges many technologies and supports lots of radios.
Once our Wires-X nodes were operational we spent the evening talking back and forth while setting up additional features in the software and balancing our audio input and output so our sound quality was a good as possible.

Wires-X works on a system of user Node ID's and Room's. When you receive your Wires-X registration you receive two unique numbers, one for each.

You can create a digital QSL card for sharing when others connect to your ID or your Room. 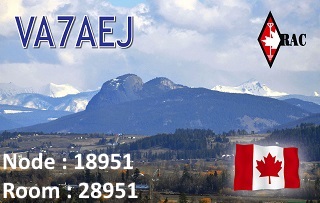 I guess my next decision is if I should invest in going entirely C4FM digital. The entry point for a compatible node radio would be the Yaesu FTM-100DR. Once that radio is connected to Wires-X I would have a fully digital node. To talk into that node I would need another fully digital Yaesu mobile or handheld.

It was rather impulsive, but it seems to be working

Just over a week ago I launched a website. https://raswap.ca


It was a totally impulsive move on my part. I had visited Amateur Radio Swap and Shop sites in Canada and 99% of them were local or regional sites operated mostly by ham clubs.There were also a few major sources of used amateur gear mostly based out of the US (eHam and eBay). What I wasn't seeing were many Canadian sites serving the Canadian Amateur Radio community from coast to coast.

This is nothing against either the smaller Swap  & shop sites or the American sites. It was just a matter of seeing a niche and trying to fill it.

Plus, the problems with cross border shopping are pretty obvious to everyone who does it regularly. 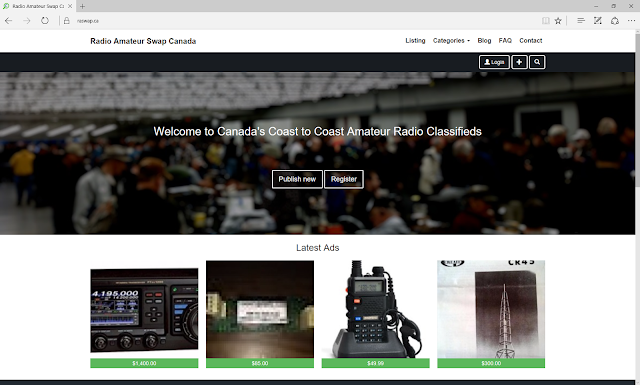 After a week online I'm so pleased with the response. It's not perfect, there are some bugs still to work out. But traffic, memberships, and ads are growing daily.

The positive feedback has been overwhelming and the few negative emails seem to confirm that this is the Internet and there will always be that 1%.

I purchased the domain, hosting, and ssl certificate for one year, so we'll see where it goes over the next 12 months. Like anything I can spend more money for more bells and whistles, but it's a free service, how much do I really want to pay out of pocket to keep it going. Are there ways to make some money on the site? Sure, I could do a couple things, but I'm in no rush, I think the site would need to be very popular before I need to go down that road.

Making Room For Something New

It's been over 5 years since I received my Amateur Radio license and callsign. All that time I've been in an acquisition mode. If I could afford it I bought it, if someone was giving it away I likely took it.

Now I'm surrounded with 'stuff' and it's time to say goodbye to some of it. The items replaced by newer toys, or the items that I maybe have 2 or more of.

Tonight I started creating ad's in the local swap and shop, adios and I hope you find a new home.

Back In Time Addition

Thanks to Bert VE7OLR I have some new additions to the shack today.

Bert is soon to be part of our family and he knew that I was active in Amateur Radio. Unfortunately he's no longer active so he gifted me some of the gear he purchased around the mid 90s.

The highlight was this Yaesu FT-530 dual band handheld. 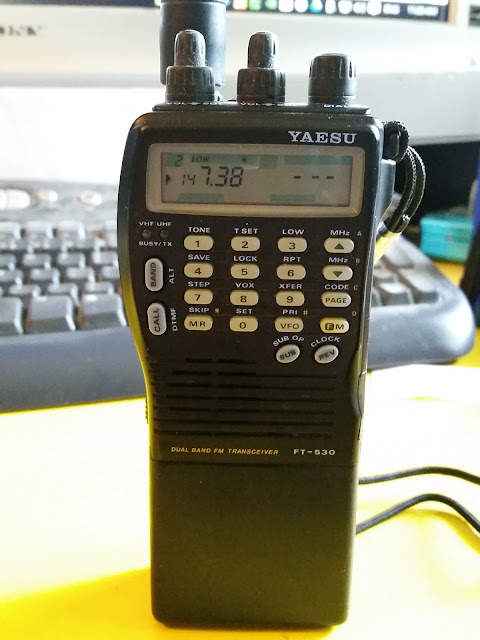 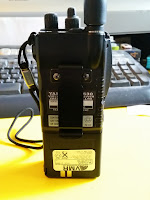 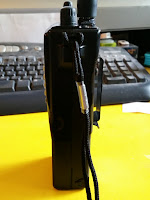 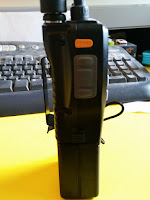 It is very popular with Satellite enthusiasts due to the following features.
So far the original battery pack is holding a charge but I'll likely need to order a new one, I really like the idea of the larger 12v pack. W&W Manufacturing Company out of New York offers a 12 v 2300 mAh NiMH battery pack for $55.00. They also offer a 7.2 v @ 2700 mAh NiMH battery pack. At the 2 watts radio output that pack might last a week!

Thanks to a sale of another radio from my collection and some birthday gift cash I had a little shopping spree today at Radio World Canada (radioworld.ca).

The new mobile will be installed in my car to replace on old but well served Yaesu analog unit.


The new radio is the latest System Fusion unit from Yaesu, the FTM-3200DR. 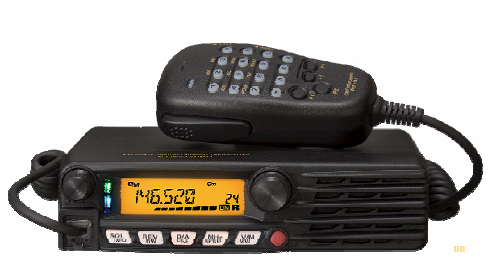 *1 VFR Mode could not be manually selected as communication mode. When receiving the VFR Mode signal from other transceivers, the AMS automatically switches to
the VFR Mode as transmission mode. ("AUTO" must be selected from among the optional AMS function operations "TX Manual," "TX FM FIX," "TX DN FIX," or "AUTO.")

To compliment this new rig is a programming kit from RT Systems complete with the software and USB programming cable. 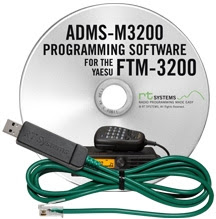 To finish off the order was the latest version of the Wires-X interface from Yaesu the HRI-200.

The Wires-X is for testing with the local club NORAC (http://norac.bc.ca) who has two new DR-X1 System Fusion repeaters waiting for deployment.