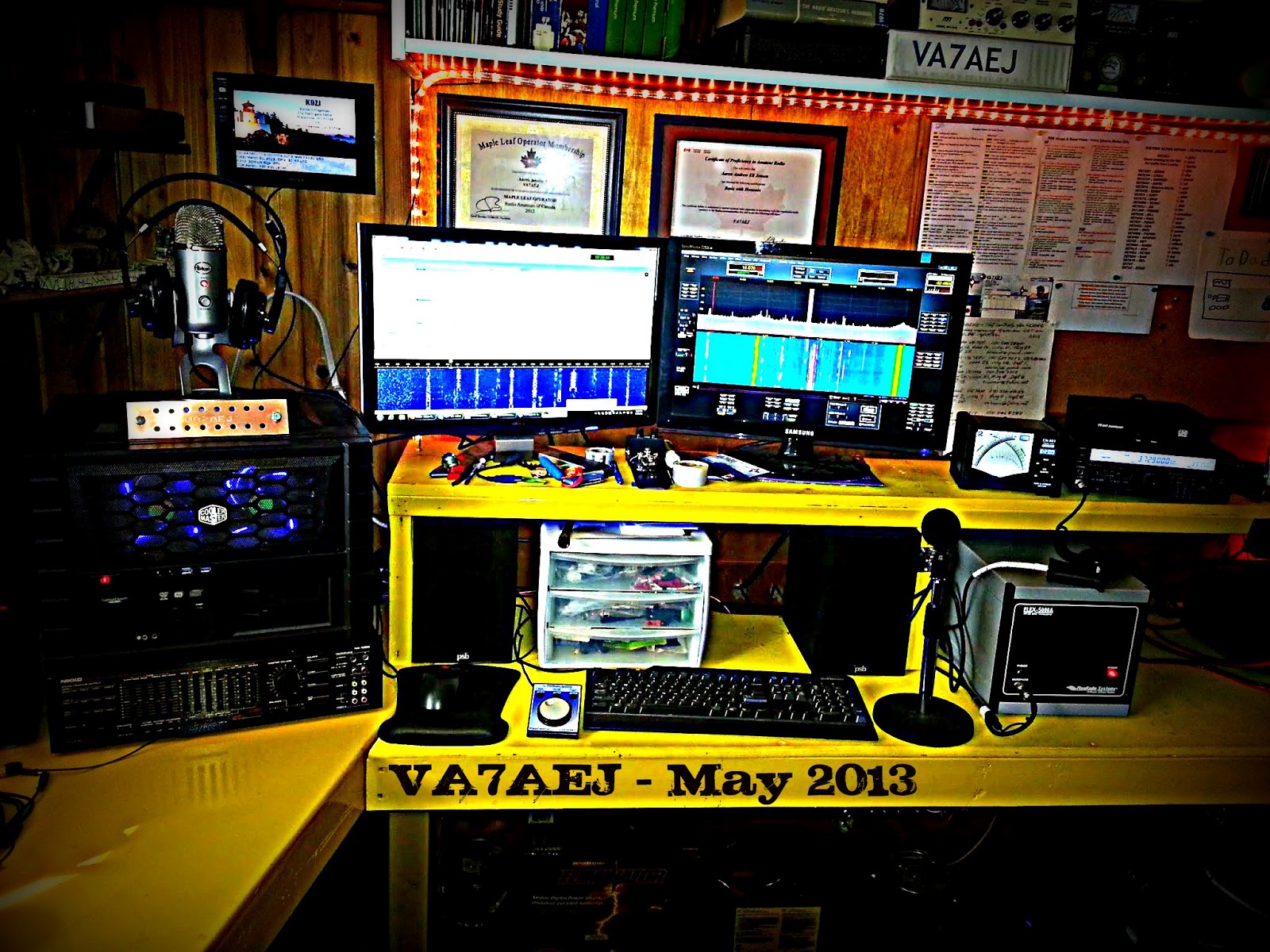 Figured it was time to post an updated picture of the Ham Shack.

Lots of changes since the last posts, feeling a bit neglectful of the blog itself actually.


A 10" digital photo frame streaming all my eQSL cards, much easier then printing them and storing them in a photo album. It runs on a power on/power off schedule, so it's only going during hours when I might be in the shack or have visitors.


Completed my Ham Shack Solar Power System.
The system can run all the shack radio gear and computer off the hydro grid entirely. During a sunny day the input power from the panel exceeds the drain of all the radio gear running. In the evenings it can run for hours on the batteries alone before needing to recharge the next day. If I want to really stretch the solar power I can turn off the inverter and just power the core HF/VHF radio gear from 12V.


Built up a proper lightning arrestor system for the antenna's and gear. This includes 4 Alpha Delta lightning arrestors mounted to a copper bus bar in a steel enclosure outside at the shack on the wall. All the antenna feedlines (HF and VHF) route to individual arrestors in the enclosure, then patch cables route them into the shack and the radio gear. Large gauge copper ground cable runs from the bus bar to ground rods just a couple feet away. The project isn't finished with weather proofing to follow, but at least it's functional now to protect from lightning and static discharges. We've already head a early spring electrical storm and another if forecast for tonight. 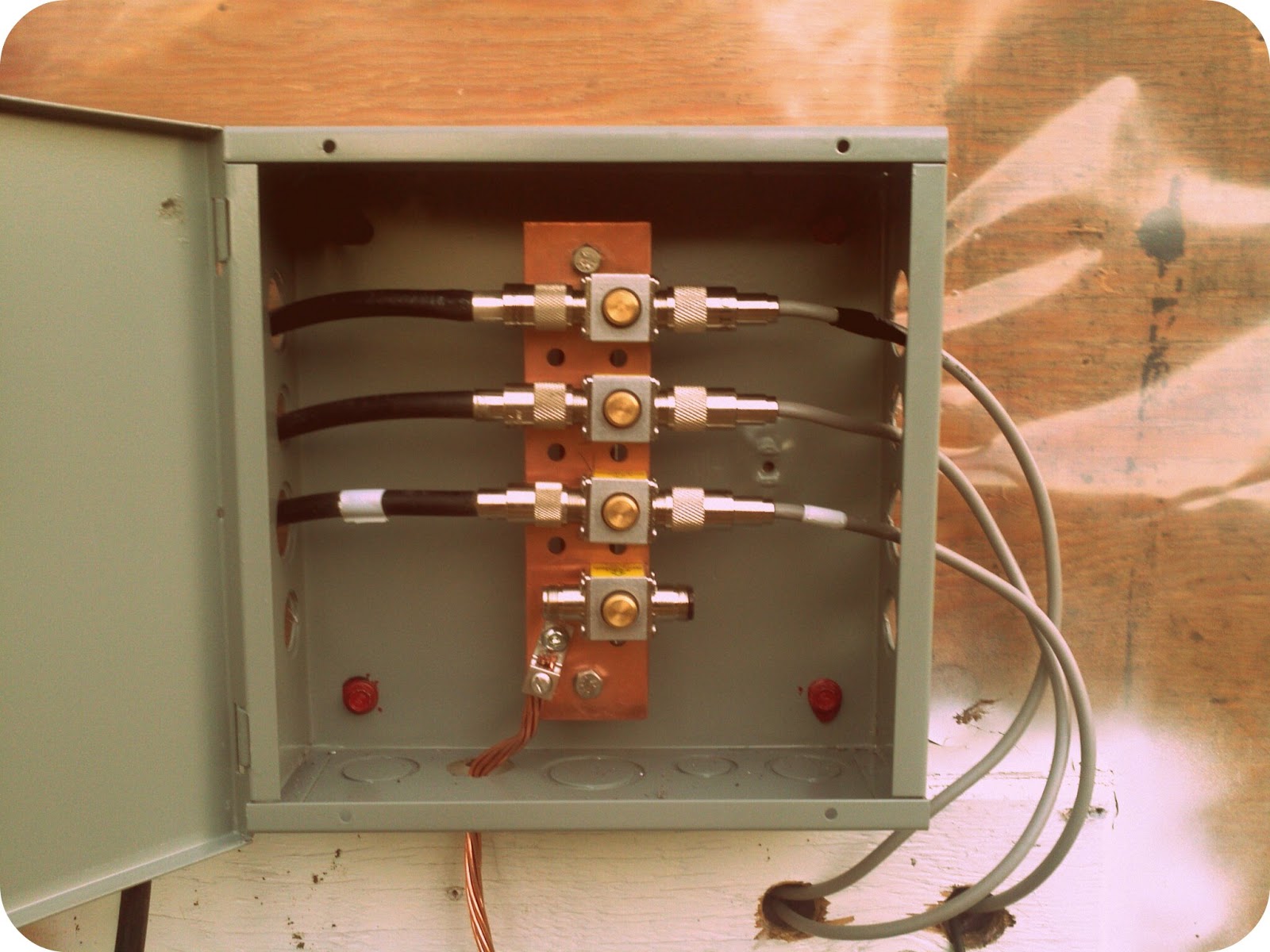